C
yrenaica is a historic region of North AfricaÂ and until 1963 a province of the United Kingdom of Libya. As early asÂ c.Â 631Â bcÂ Greek colonists settled in the northern part and they start began to colonize the area in the 7th century BC, establishing cities such as:Â Apollonia (Sousa), Ptolemais (Tolmeita), Taucheira (Tokra) and Berenice (Benghazi) and Cyrene.
Under the Ptolemies of Egypt, the inland cities of Cyrene declined and commercial competition with Egypt and Carthage intensified. Cyrenaica itself became a Roman province in combination with Crete in 67Â bc. After Arab armies under the leadership of Amr ibn al-As had conquered the country in 642, inland Cyrenaica regained importance, lying as it did on the direct route between Alexandria and al-Qayrawan.

Ruled by a succession of Egyptian-based dynasties in the later Middle Ages, Cyrenaica came under the nominal suzerainty of the Ottoman EmpireÂ after the 15th century; in the mid-19th century the region became the centre of the Sanusiyah religious brotherhood and dynasty.As a result of the Italo Turkish war,Â Cyrenaica, with Tripolitania, was ceded to Italy in 1912, and by 1940 about 50,000 Italian peasant colonists were converting northern Cyrenaica into the semblance of an Italian province, cultivating cereals, vines, and fruit trees.

In 1939, along with Fezzan and Tripolitania, Cyrenaica was incorporated into the kingdom of Italy. Cyrenaica became a major theatre of operations during World War 2. When the British finally occupied the area after the victory at el-Alamein in Egypt, the Italian colonists were evacuated, and the population was once again 98 percent Muslim and Arabic-speaking.

After World War II the inability of the great powers to agree on the future of the former Italian colonies protracted the British military administration, and a united kingdom of Libya comprising the three provinces was not proclaimed until 1951. In 1963 the provinces were abolished and the country became a unitary state. 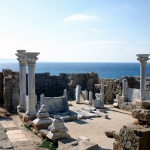 The small town of Al Athrun is located in the ...
Read More 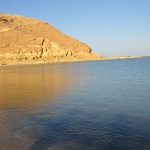 Al Burdi is for many travellers the first or last ...
Read More 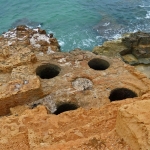 The the former port for cyrene spreads sparks along the ...
Read More 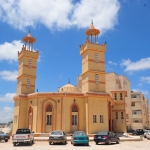 Benghazi is Libya’s second city and the main city of ...
Read More 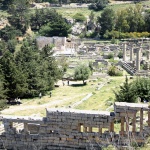 Cyrene is an unique and glorious ruin! A worthy Cyrenaica ...
Read More 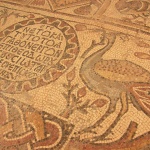 Qasr Libya is located about 50 miles to the west ...
Read More 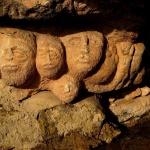 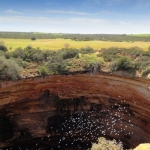 The Big Hole of Cyrene

There is not much knowledge about the Big Hole of ...
Read More 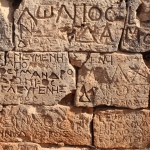 Tokra is a small village in Eastern Libya, located about ...
Read More 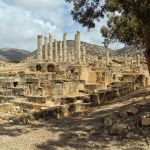